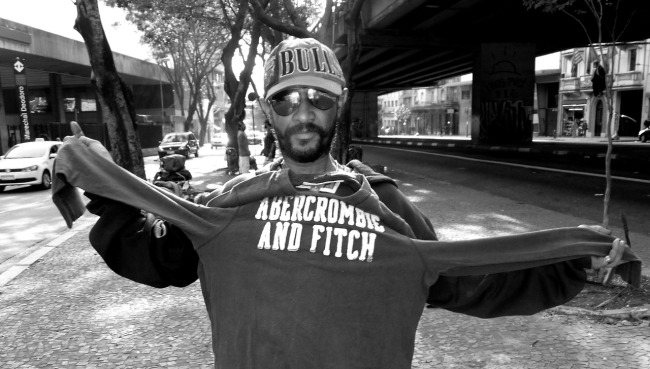 Tonight I did a reflection on homelessness at a prayer walk and dedication service for an overflow shelter in my city. When I got home I felt compelled to put my reflection in blog form to raise awareness and spark action locally and abroad. I pray God uses it to stir your heart……

“There’s a God who sees…

there’s a God who sees….

there’s a God who sees right where you are…..”

A couple weeks ago while taking my lunchtime “social media stroll” I saw numerous people sharing a video called “Fitch the Homeless”. (WATCH IT HERE) Initially I ignored the temptation to click and watch. But as more and more shares popped up on my Facebook & Twitter timeline it became harder to restrain my “paws” from pressing play. Needless to say I ended up watching the video and to be blunt it made me sick on the stomach.

The video is a “comedic” attempt to “stick it to the man.” “The man” in this case is the infamous CEO of Abercrombie and Fitch, Mike Jeffries. Jeffries is notorious for his exclusionary practices in branding and selling his clothing line. It is no secret that Abercrombie does not produce “plus-size” clothing in order to prevent people who don’t fit the brand’s desired image from wearing it. If your body size doesn’t “make the cut” of a 34 waist in men’s jeans or a size 10 in women’s pants he could care less about any “check you’d like to cut” to purchase and wear his line. When asked a few years back about what made his clothing line so successful He said:

“In every school there are the cool and popular kids, and then there are the not-so-cool kids. We go after the cool kids. We go after the attractive all-American kid with a great attitude and a lot of friends. A lot of people don’t belong [in our clothes], and they can’t belong. Are we exclusionary? Absolutely. Those companies that are in trouble are trying to target everybody: young, old, fat, skinny. But then you become totally vanilla. You don’t alienate anybody, but you don’t excite anybody, either.”

This exclusivity didn’t sit well with U.S.C. graduate and comedic web video producer Greg Karber. Fueled by a desire to voice his displeasure and an even greater desire to ride the waves of the recent outrage over Jeffries comments, he decided to create what now is a viral video that “pleads” with Americans to give their old Abercrombie & Fitch clothing to “homeless people”. The goal was to teach Jeffries a lesson on justice and inclusivity by making Abercrombie and Fitch “the world’s number 1 brand in homeless apparel”. In the video you see people driving around L.A.’s Skid Row handing random Abercrombie and Fitch clothing, to random people who appear to be homeless on street corners.  So what’s the big deal you might ask? Isn’t this a hilarious way of pointing out a CEO’s shallow practices? Aren’t “those homeless people” being helped by what he’s doing?

The big deal is that “people who are homeless in America live in a state of social invisibility in our country…at least that is until they become the brunt of privilege people’s jokes.” They are only worth our mention and thoughts if they can provide comedic relief. In my humble estimation there was no concern for those who received the clothes in the video. There was no acknowledgement of their shared humanity. The homeless were nothing more than props for a privilege man’s video. In fact, the video furthers the idea & attitude in society that “homeless folks” are somehow less than human. The horrific anthropological logic of the video goes something like this….

”So you won’t let plus size wearing people get access to your clothing because they don’t fit the image you desire to be associated with your brand? We’ll teach you a lesson buddy! You think plus size people are beneath being your consumers? We’ll show you something. We’ll have the VERY lowest breed of humans on the totem pole where your apparel. We’ll have a bunch of “bums” where your stuff and show you how much of a “bum” you are for your discriminatory practices.”

Do you see the “dehumanizing” logic that is being employed to make his point? I hope so, but rest assured that….

“There’s a God who sees,

there’s a God who sees,

there’s a God who sees right where THEY are…..”

In 1952 Ralph Ellison wrote the novel “Invisible Man”. The book was steeped in symbolism and in Ellison’s own words, his task in writing the novel was “one of revealing the human universals hidden within the plight of one who was both black and American…”  In other words, he wanted to highlight the overlooked and unseen humanity of his oppressed people group. The story is narrated in first person by an unnamed African-American who considers himself invisible. He is not “literally invisible”…however the refusal of the larger society to SEE him creates a sense of invisibility in his own soul.

The church of Jesus has been given a similar task of narration. As “living books or letters” from Christ, read by the world, written not with ink but with the Spirit of the living God, we are called to visibly and vibrantly bear witness to the INVISIBLE God who does not ignore or turn a blinded eye to the oppressed, the marginalized, the vulnerable, the poor. There is a God who has 20/20 vision and SEES them as precious souls made in His image. He knows the number of hairs on their heads, their stories, their pain, their sin, their shame, and their names! Moved by compassion for all humanity this Unseen One entered the visible realm of creation in the person of His Son Jesus. Born into vulnerability and intentionally living life in solidarity with the forgotten, Jesus revealed the heart of the Father for those the world deems unworthy of a second look. It is the Father’s heart that none of His image-bearers live in a state of invisibility. Jesus bled, died, and rose so that humanity could be reconciled to God and recreated into His image as a VISIBLE display of His glory. May the Church in Winston-Salem and abroad begin to SEE those who are without homes through the eyes of Jesus and radically love them! May we go beyond mere words and conscious soothing seasonal charity and dig our heels in for sustained efforts to share the Good News and do good DEEDS in solidarity! 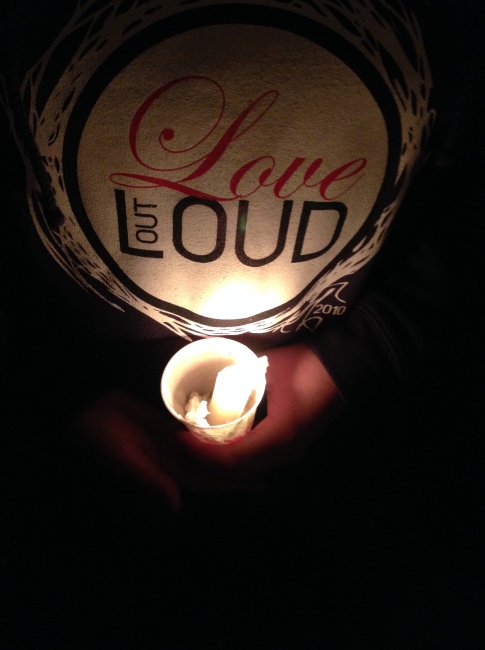 If you live in the Winston-Salem, NC area click here  and here  for more details on local efforts to holistically serve our city’s homeless community.

One thought on “Fitch the Homeless & the God Who Sees”